Spent yesterday in Kew Gardens with my wife Hanna and second daughter Cæcilie. We enjoyed the view of Chihuly’s fantastic glass artworks placed across the landscape of trees, flowers, bushes, grass, water – so amazing. Art and nature in one go.

The exhibition is called Reflections on nature.

Dale Patrick Chihuly was born on September 20, 1941 in Washington. He began experimenting with glass blowing in 1965 and has since become an outstanding and world known glass artist.

He is known for big spectacular exhibitions i.g. his exhibition in Jerusalem, Israel in 2000. In addition to the glass pieces, he had enormous blocks of transparent ice brought in from an Alaskan artesian well and formed a wall, echoing the stones of the nearby Citadel. Lights with colour gels were set up behind them for illumination. Chihuly said the melting wall represented the “dissolution of barriers” between people.

In 1976, while Chihuly was in England, he was involved in a head-on car accident during which he was propelled through the windshield. His face was severely cut by glass and he was blinded in his left eye. After recovering, he continued to blow glass. 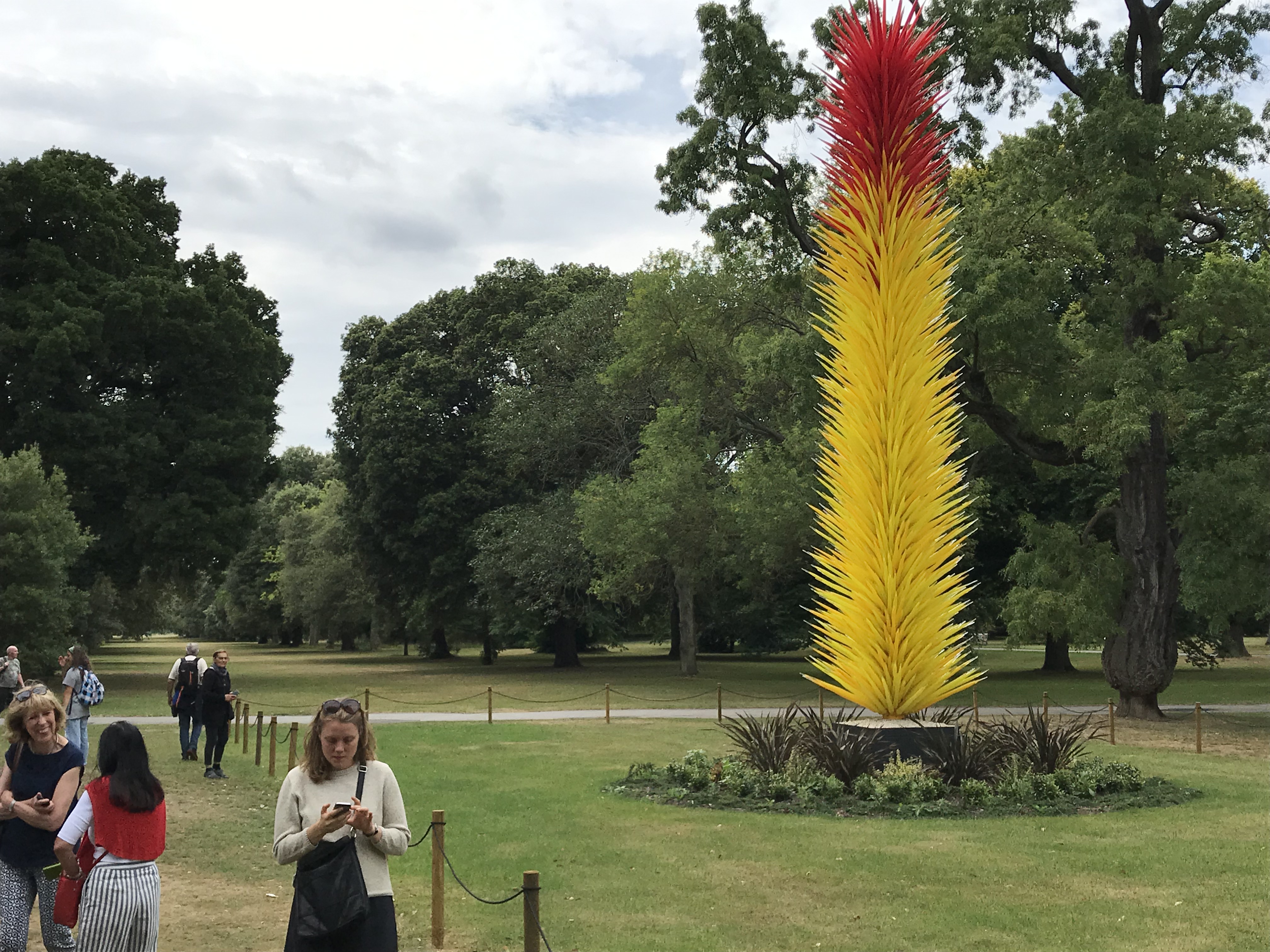 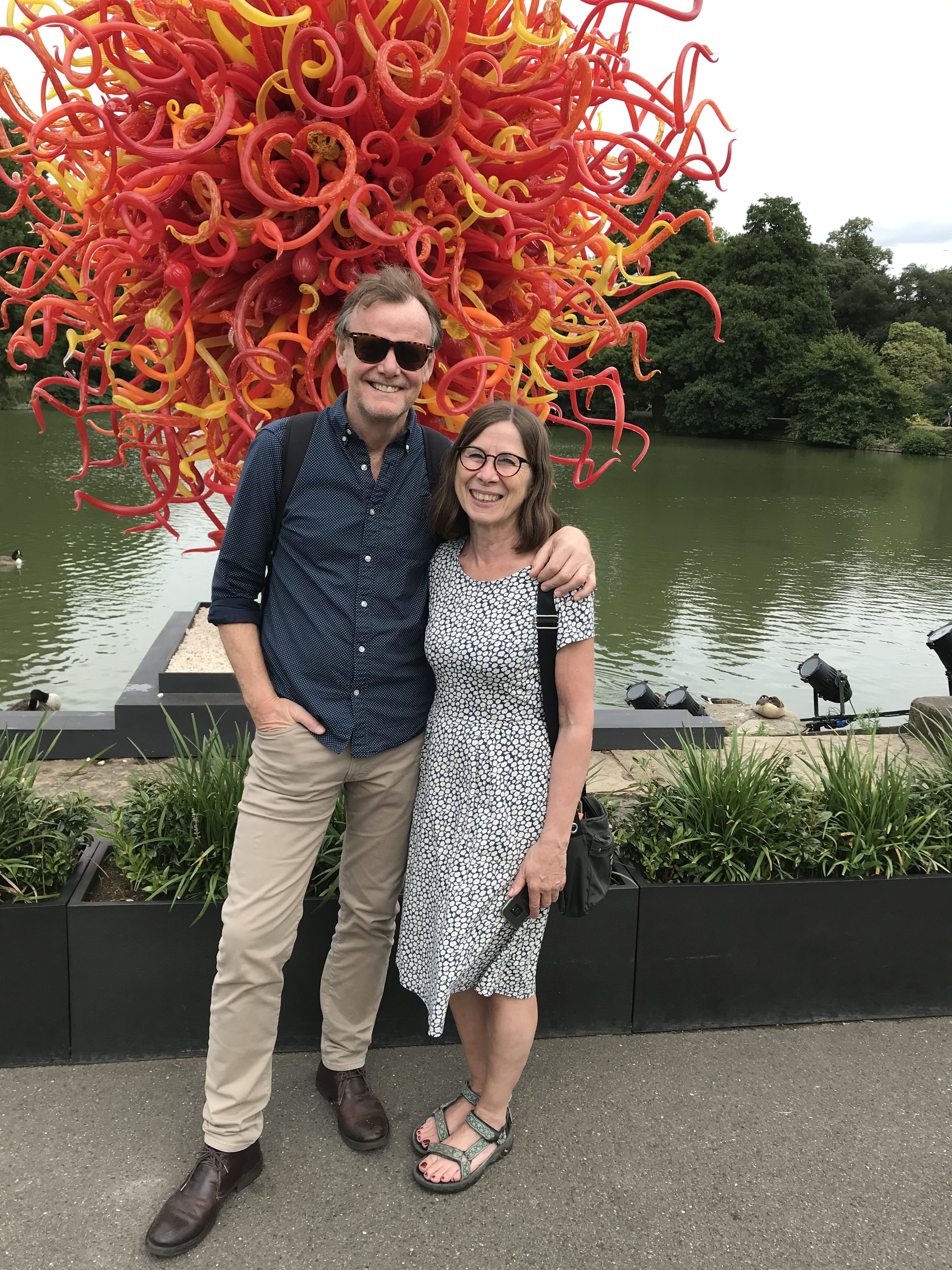 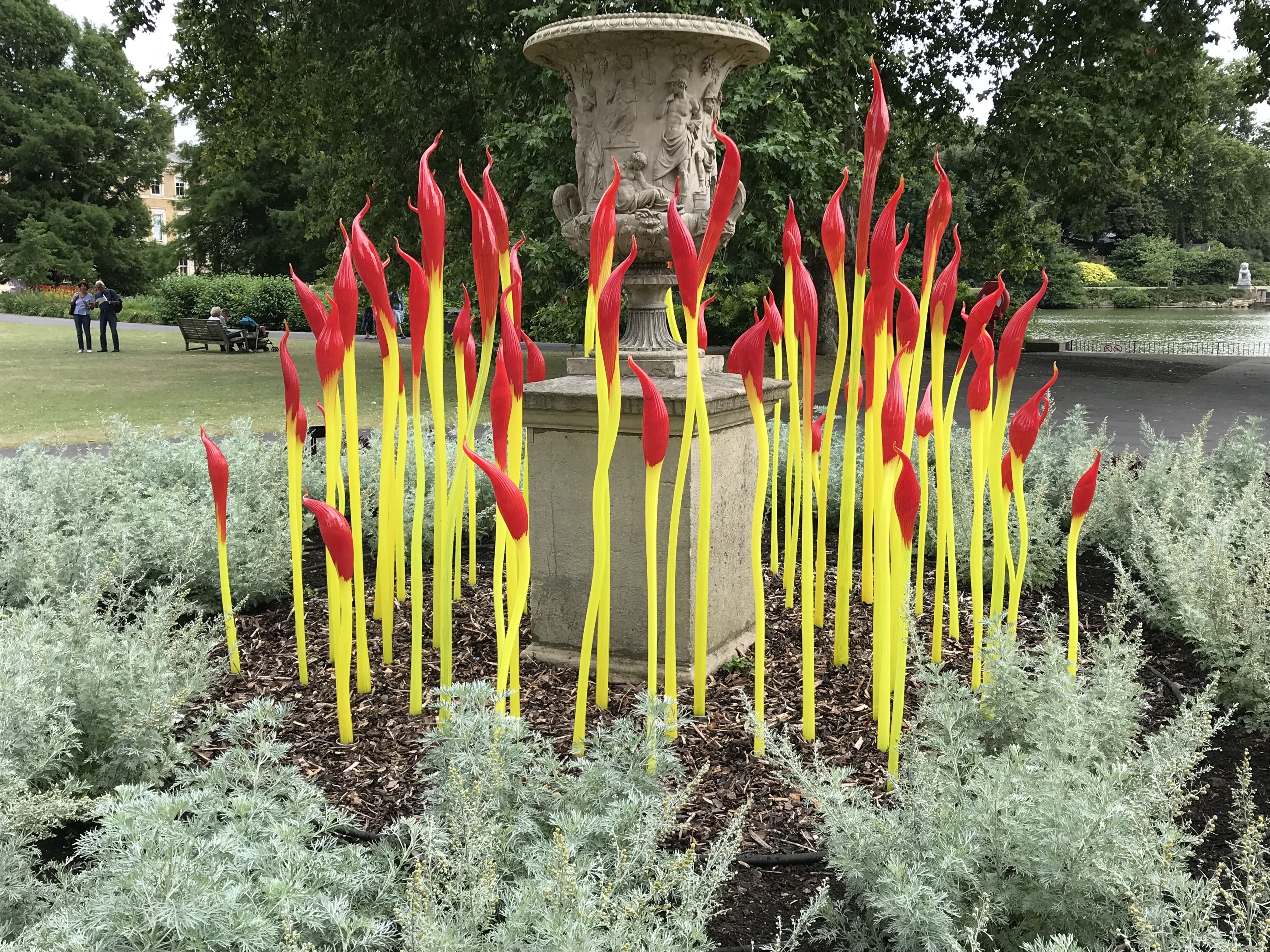 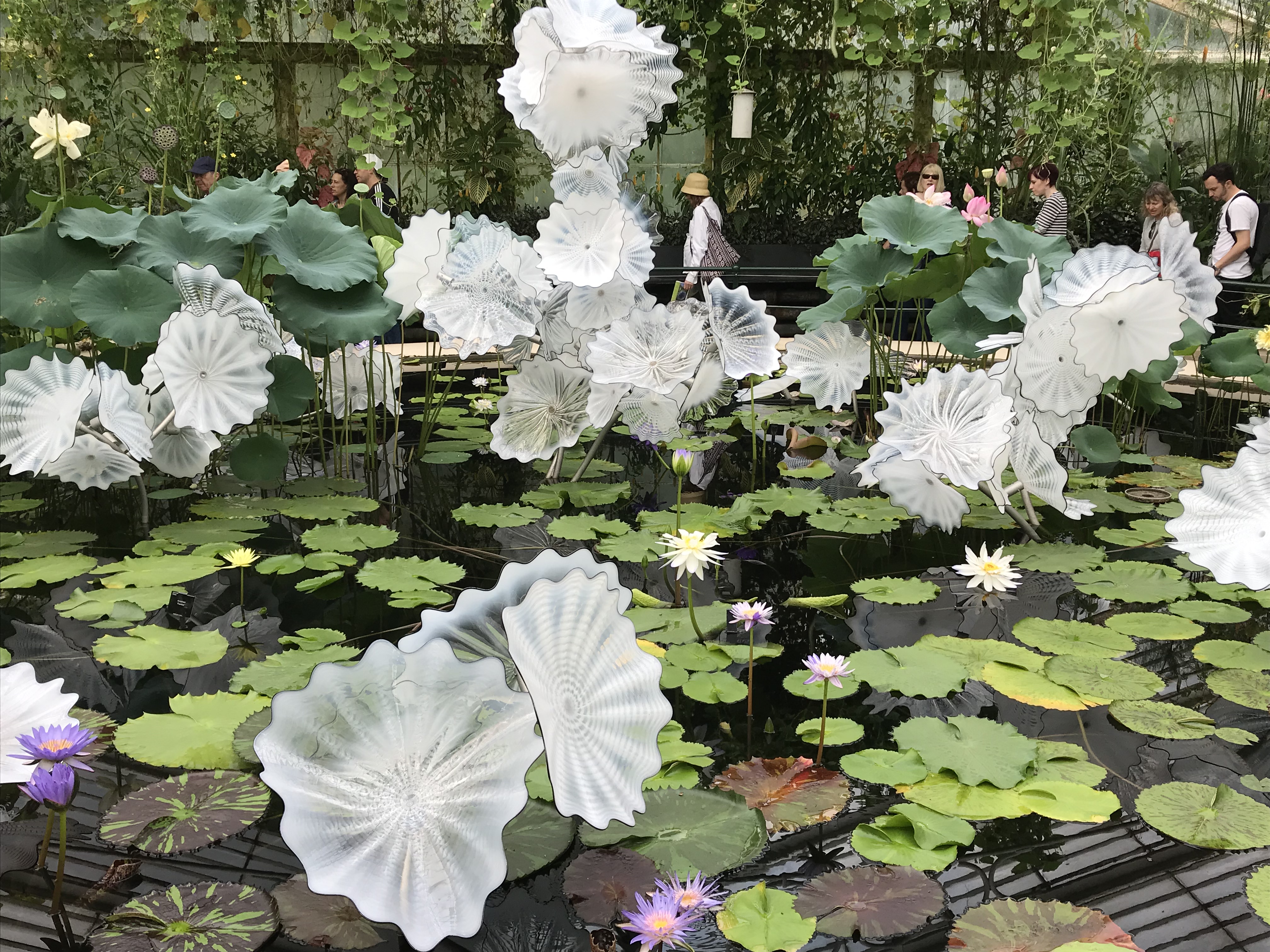 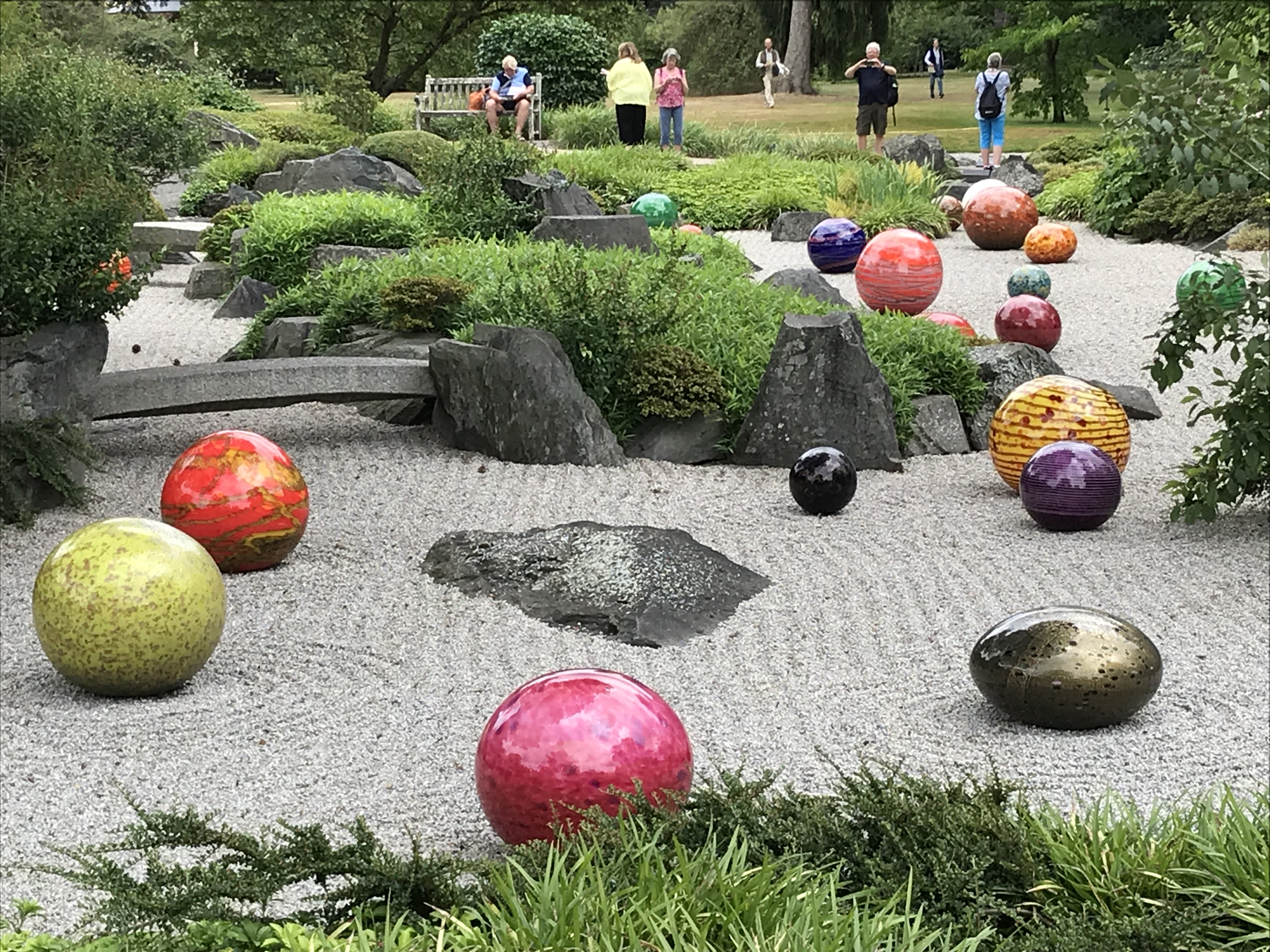 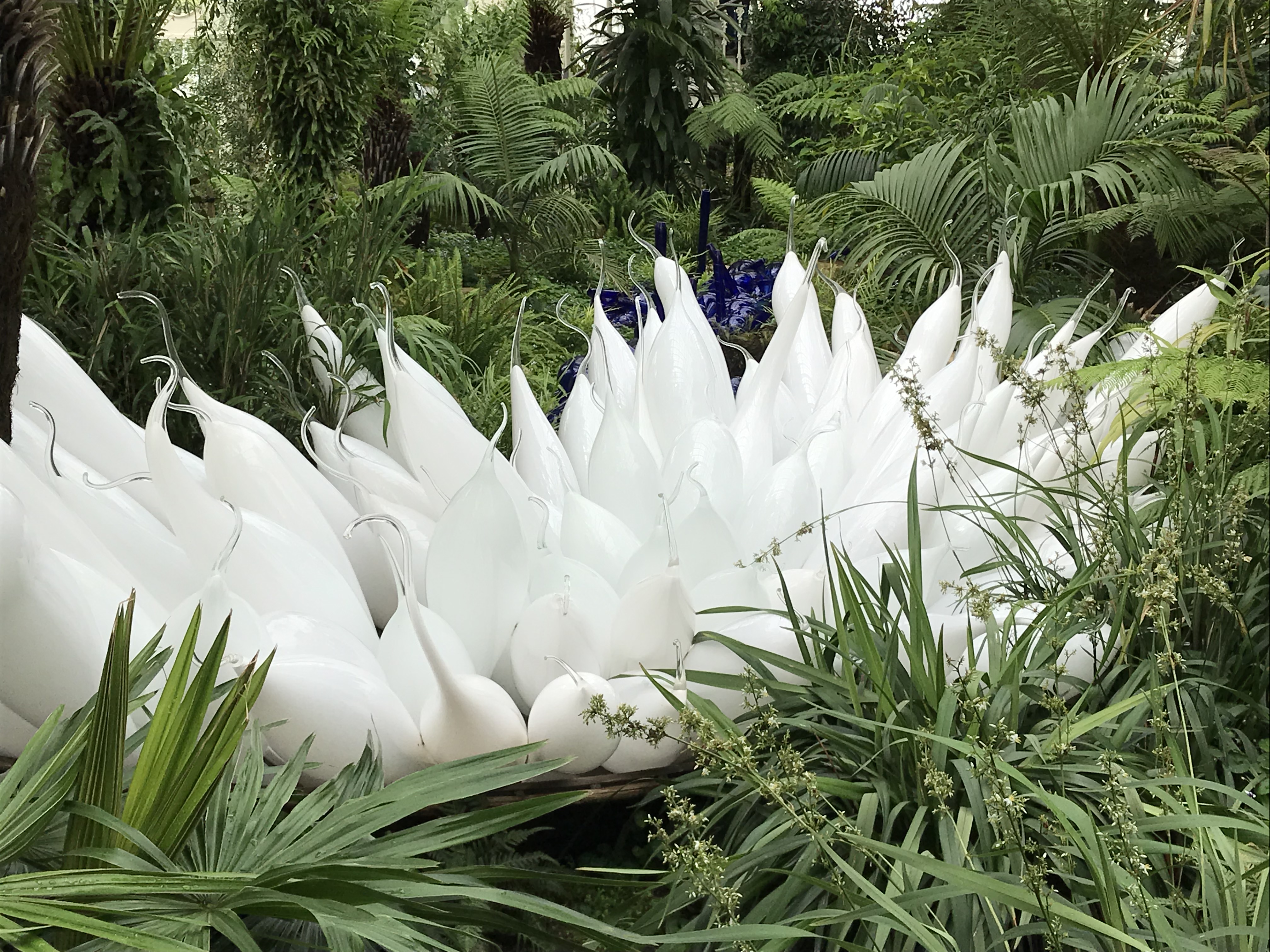 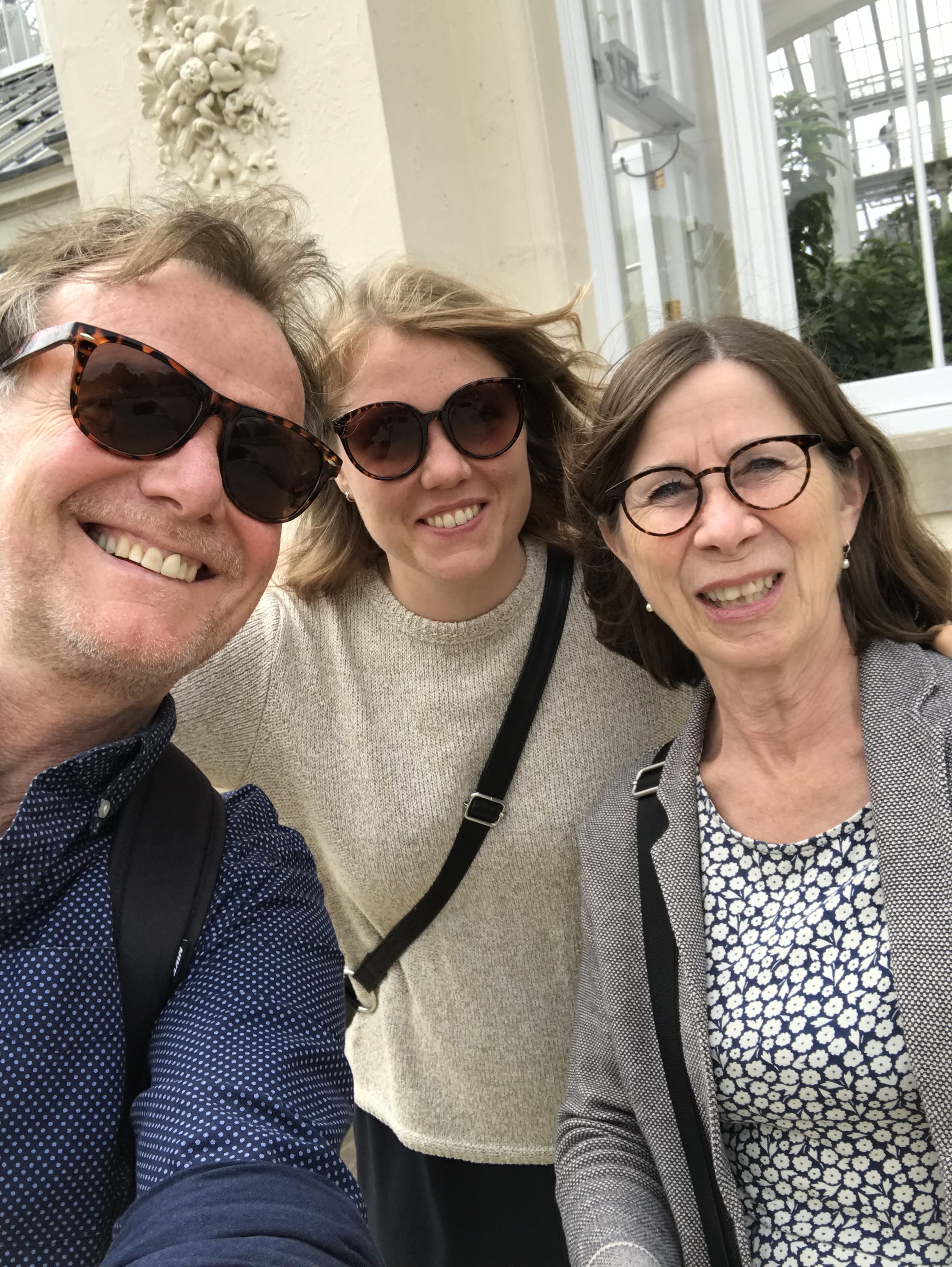