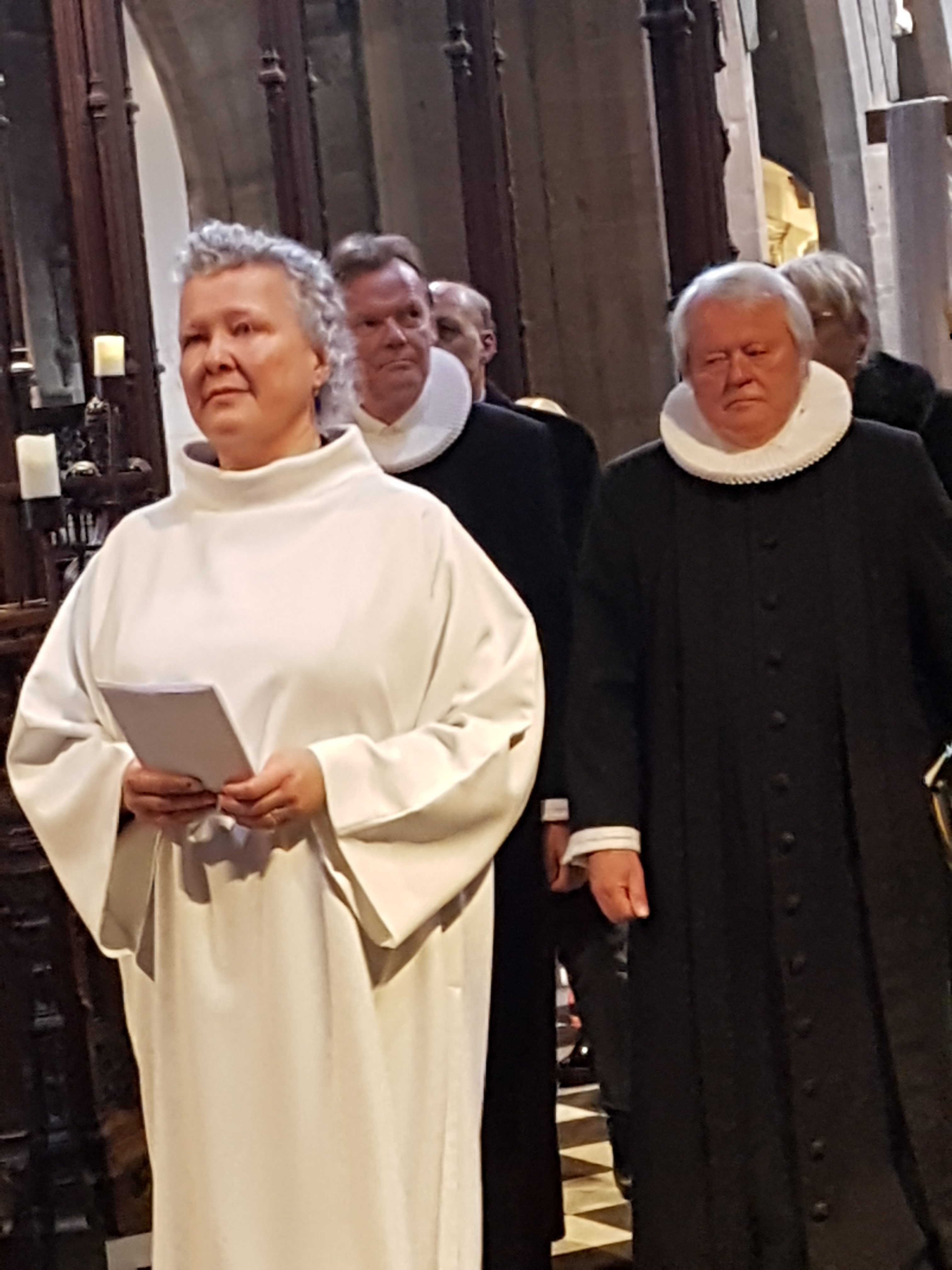 On Sunday 5 May 2019 my wife and I attended the annual memorial service at Newcastle Cathedral commemorating 1406 Danish seamen who lost their lives during WW2.

The cathedral houses quite a big memorial for Danish sailors, I didn’t know the story behind the memorial but it turned out to be a surprising story. 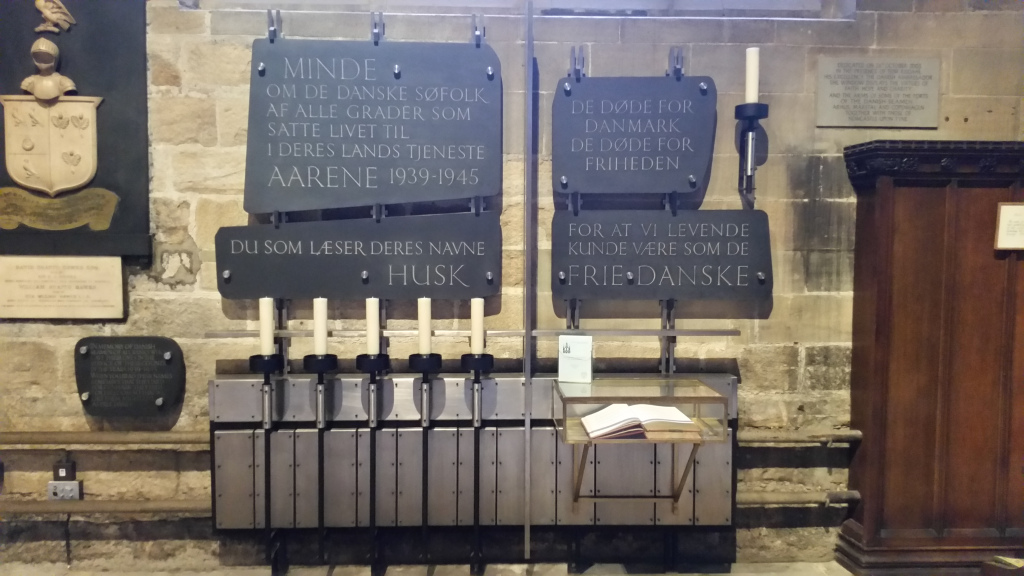 When in April 1940 Denmark was occupied by the German navy, there were many Danish ships in British ports, and more again still at sea. Those already in port came under British protection, and many of those at sea also put into British ports.

Newcastle became the temporary home of the Danish merchant fleet, based at the so-called ‘Danish pool’ in St Nicholas’ Buildings, opposite the cathedral, outside which flew the Danish flag.

In all, somewhere between three and four thousand Danish seamen sailed from Newcastle in those five years. 1406 sailors didn’t make  it back to port but were torpedoed by German submarines and destroyers and died in the waters.

One of the guests at the service told a gripping story about his fathers death at sea.

When in port the sailors could spend time in the Danish social club. The club’s kitchen turned out hundreds of “smørrebrød” at a time; a photograph survives of a visiting British government minister playing billiards.

After the memorial service a we had a cheerful lunch in a nearby restaurant and luckily we had time for sightseing – Newcastle is a lovely city.